The Town Hall La Rouaudière welcomes you to the town's website.
The manor In a former 17th century presbytery, you will enjoy a rural break. The cottage can accommodate 19 people spread over 2 dormitories and 4 bedrooms. (Sanitary facilities, showers, reception room and fitted kitchen) 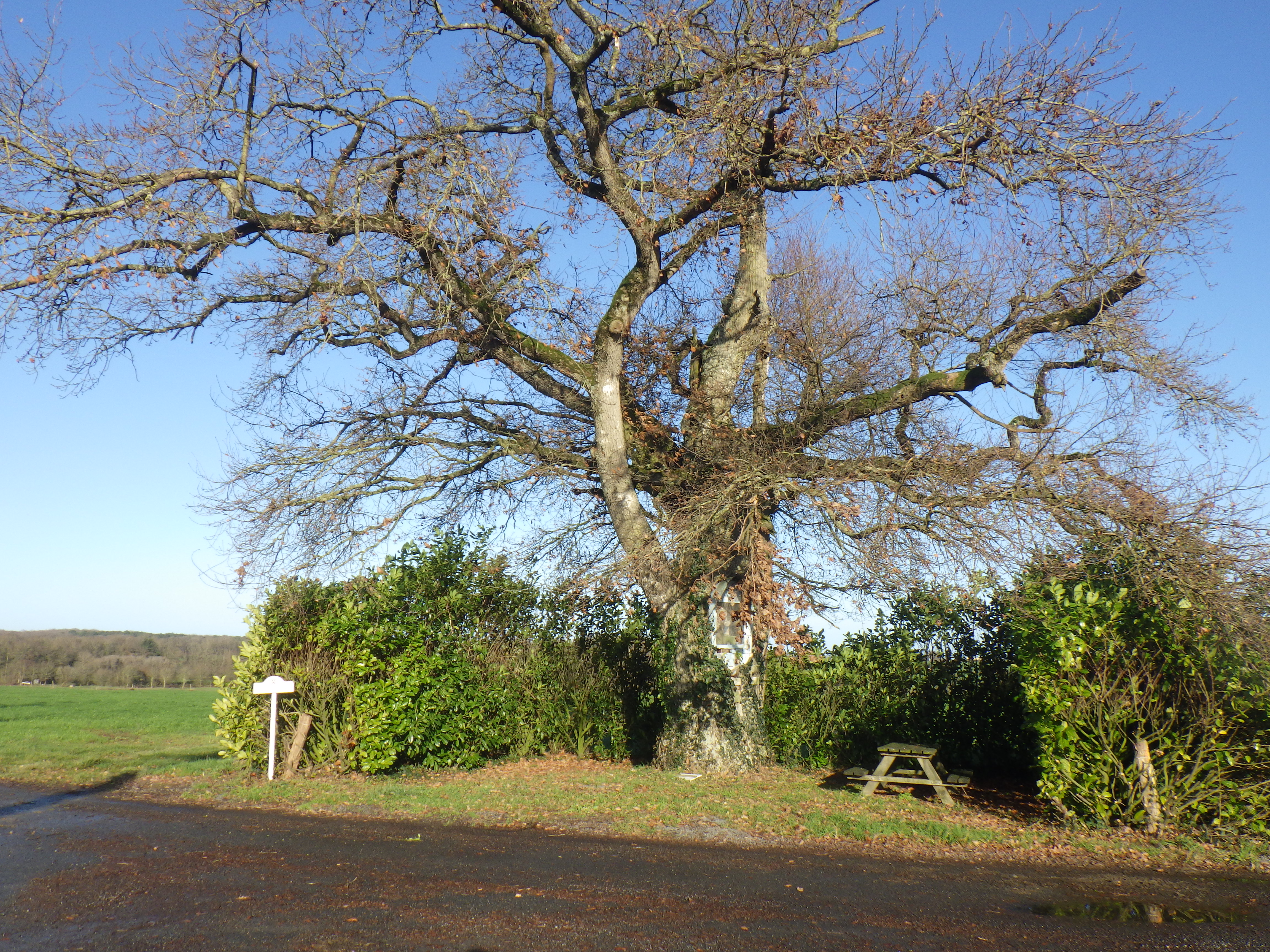 The origin of the veneration of the oak of Notre Dame de La Chauvière has not come down to us. It is sometimes referred to as the place where a sworn priest would have celebrated the Holy Sacrifice of Mass during the Revolution. In the 19th century, a wooden box housing, it seems, a statue of the Virgin is hung on the trunk. In 1897, the oak being on communal land, the parish priest asked the mayor, Mr. Saillot, for permission to undertake work due to the poor condition of the box serving as a chapel. The priest then decides to undertake to dig the trunk in order to establish an interior chapel there. This task is carried out in two weeks by the wheelwright and the farrier, a week before the Assumption. Exvoto are hung on the trunk in thanks for the graces granted by Our Lady.

According to legend, the oak was used as a refuge for the priest of the parish. “During the Revolution, Alexandre Denis Girardot, chased by the Patauds (Republicans), took refuge in the tree, which saved his life. Unfortunately, he was taken back after denunciation, imprisoned in Craon and shot.»

A small chapel was then installed in the oak in 1897 by the parishioners and today a plaque commemorates the memory of the priest in the parish church. His body was also exhumed and part of his bones are now in one of the walls of the current church in the town. 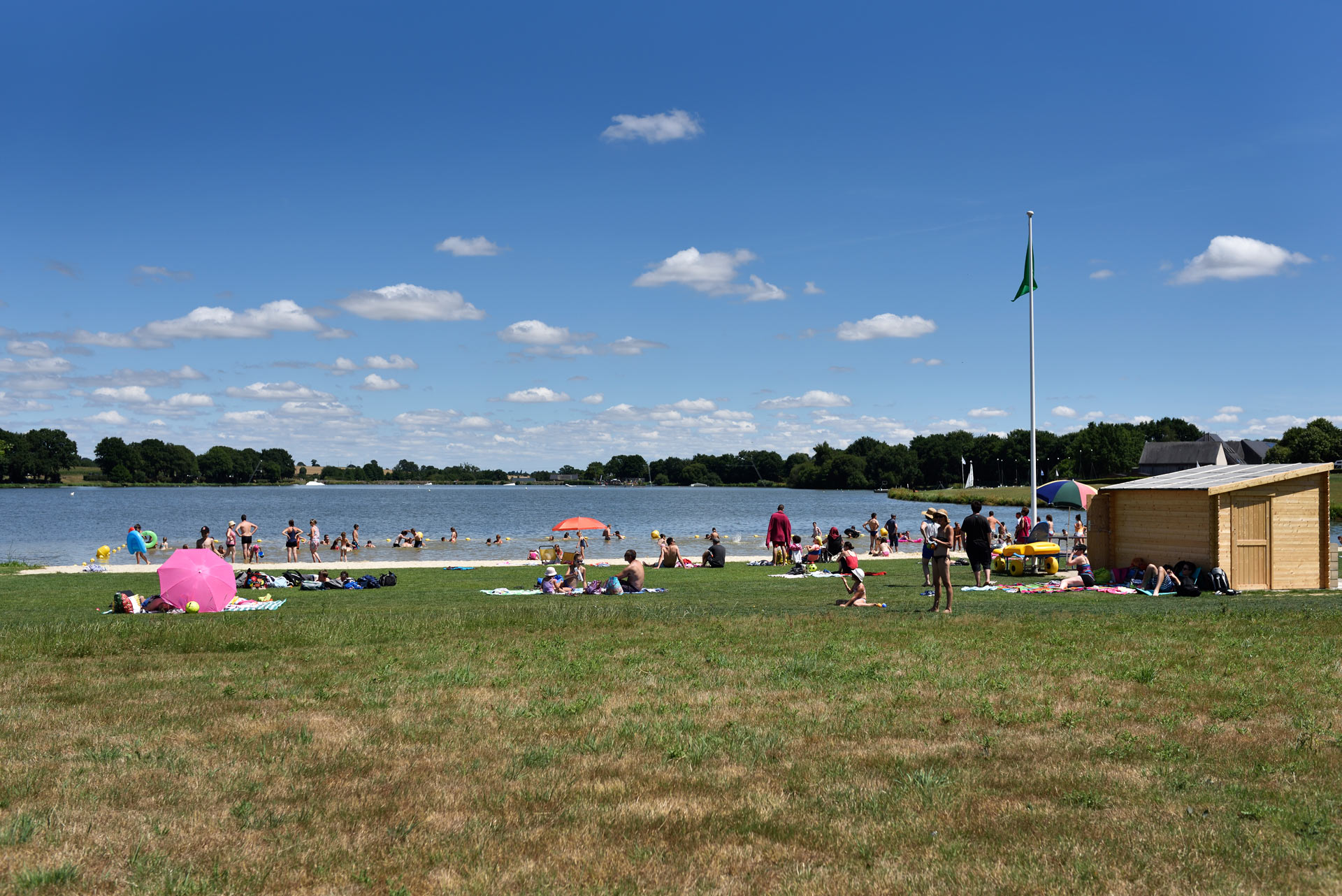 A campsite, an accommodation center, a restaurant located by the lake.

- The Abbey of la Roé 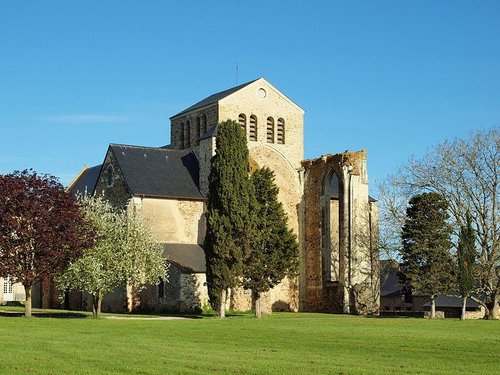 The Roë abbey is an Augustinian religious establishment of canons regular, located in the southwest of Mayenne, known as Mayenne angevine because of its geographical location placing this place in Haut-Anjou. The abbey is 33 kilometers from Chateau-Gontier and Laval, and approximately 60 kilometers from Rennes and Angers.

The history of the town is linked to that of the abbey. Robert d´Arbrissel, born around 1045 in Arbrissel, a parish near La Guerche de Bretagne, master of theology, he taught in Rennes then in Angers. In 1094, in front of the evolution of the mores, (the vogue was then in the eremitism in the forests which covered the marches of Brittany, both north and south of the current department of Mayenne) he decides to live in hermit in the Craon forest. In 1096, Pope Urbain II preached the crusade in Angers. Robert of Arbrissel, through the intercession of the bishop of this city, was received by the Holy Father, as was Renaud le Bourguignon, Lord of Craon, and his sons. The latter agreed to give the hermit 140 hectares of the Craon forest to build an abbey there. A community is formed with the hermit. The cells are arranged in a circle around the church, just as the clearing necessary for the life of the religious is done in a circle. This is the origin of the wheel of the coat of arms of the abbots of La Roë. On April 25, 1098, the consecration of the new community took place under the double invocation of the Virgin and of Saint John the Evangelist. Geoffroy de Mayenne consecrates the first altar and blesses the cemetery.... The Roé abbey 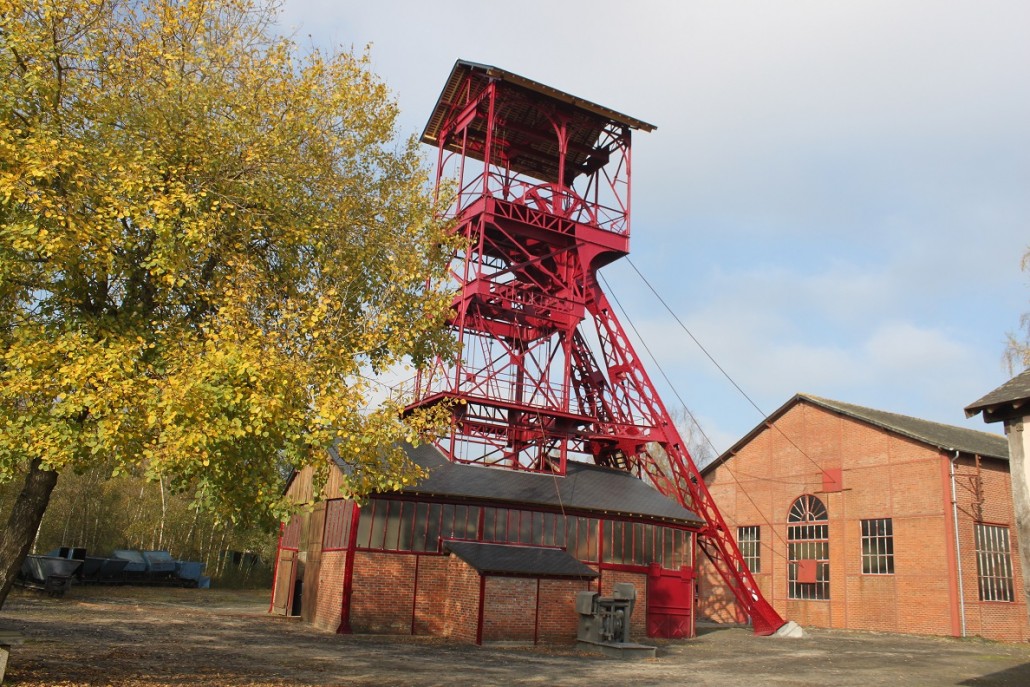 Renazé is recognized for its Slate Museum. This Museum is devoted to the history of the exploitation of slate shale in Renazé, for 5 centuries.

It exhibits the work of extracting block-sized shale. You will be able to see the well as well as the engine room, the open pit quarry as it was in the 18th century.

La Mine Bleue invites you to discover the secrets of slate at the former Gatelière mining site in Noyant-la-Gravoyère.

A unique visit in Europe, the descent 126 meters underground invites you to slip into the skin of a miner from the early 20th century! A small mining train takes you to the heart of the original galleries and extraction chambers with breathtaking dimensions.

Then the guided tour brings you back to the life of the miners, punctuated by the felling of the planks and the debitage of blocks of shale that could weigh up to 7 tonnes.

The route traces the history of Angevin miners, their daily life and the pages of history blackened by these workers.

On the wooded mound (organized entertainment area), find the authentic gestures of the splitters, who skillfully shape the slate to give it multiple sizes and shapes. Keep your ears open during the slate slitting demonstration where you can familiarize yourself with words such as "to cut, to quern or to bite, to split and to round". 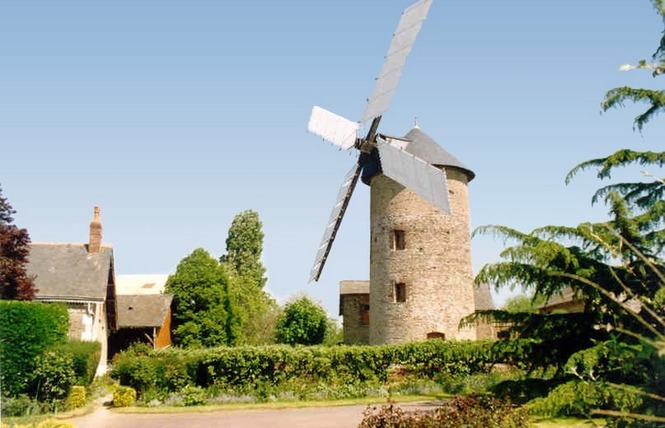 Located in Fontaine-Couverte, this windmill built in 1824 is the only tower mill in Mayenne restored identically in 1992.
A three-storey Angevin type construction, this tower mill, the only one in operation in Mayenne, has another particularity: visits are provided by the miller's great-grandson.
You can also watch the making of buckwheat flour.
Moulin des Gues website...
Google Map.

We have 22 guests and no members online